The New Bank on the Block: Evaluating Competing Perspectives on the Asian Infrastructure Bank

The Asian Infrastructure Investment Bank (AIIB), a Chinese led-initiative which plans to pour $50 billion into upgrading Asia's lagged infrastructure, recently approved its tentative list of 57 member states. Its ranks include Germany, the United Kingdom, Australia, and South Korea, all of whom joined despite explicit opposition from the US government. Why has the bank become such a polarizing issue, and what implications does it hold for the US-China relationship? 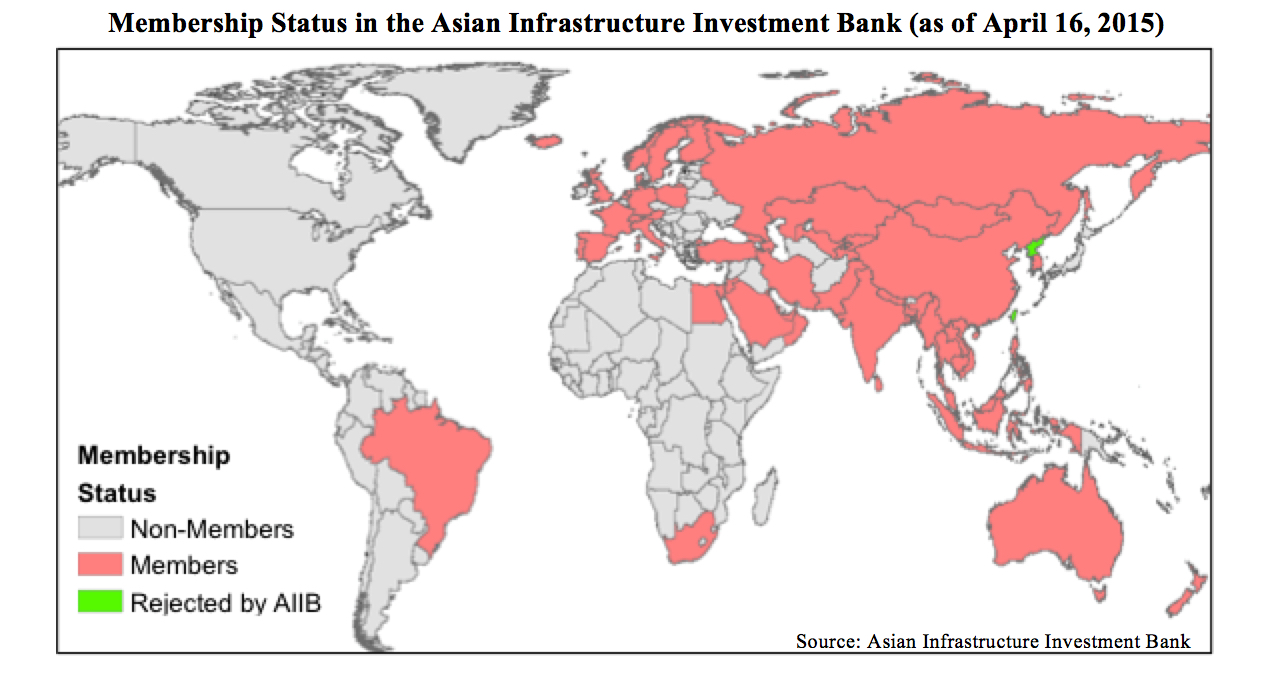 To answer these questions, it's helpful to first understand the underlying demand that the AIIB purports to serve. Take Southeast Asia for example, as inadequate infrastructure creates transport bottlenecks that impede sustained economic growth across the region. ASEAN member states rank behind their peers on the World Bank's Logistics Performance Index, and in countries like the Philippines, insufficient roads and highways lead to chronic levels of traffic congestion that cost the country nearly 10% in GDP annually. These examples merely scratch the surface of a wider problem, the Asian Development Bank (ADB) estimates that the infrastructureÂ financing needs of ASEAN will average $60 billion per year until 2020.

Even though there is an abundance of savings across Asia, little of it is expected to be devoted towards infrastructure, as the long return period on investment raises a number of undesirable financial risks, which are compounded by the inability for investors to capture positive externalities as revenue. Combined, these factors make infrastructure an unpopular destination for private investment. Governments in the region, scarred by the Asian Financial Crisis, are also unwilling to make the sacrifices necessary to fund infrastructure development. This is best illustrated in the case of Indonesia, where a legislated 3% cap on budget deficits already constrains the government in meeting fundamental commitments like education and healthcare. Current multilateral initiatives, such as the ADB's ASEAN Infrastructure Fund (AIF), which intends to lend $300 million annually, do not come close to filling the vast financing gap for infrastructure.

Â Enter the supply side. China, which has an unhealthy glut of savings, which includes an estimated $3.7 trillion in foreign exchange reserves alone, recognizes the need to more profitably invest the fruits of its labor. Moreover, after an unprecedented infrastructure boom in the wake of the 2008 Financial Crisis expansion is slowing in China, and experienced Chinese construction conglomerates stand to make a sizeable profit by taking on projects abroad. In an opportunistic fashion, China has proposed the AIIB as a regional lending institution that it is committed to leading, by devoting up to $50 billion of its own capital. 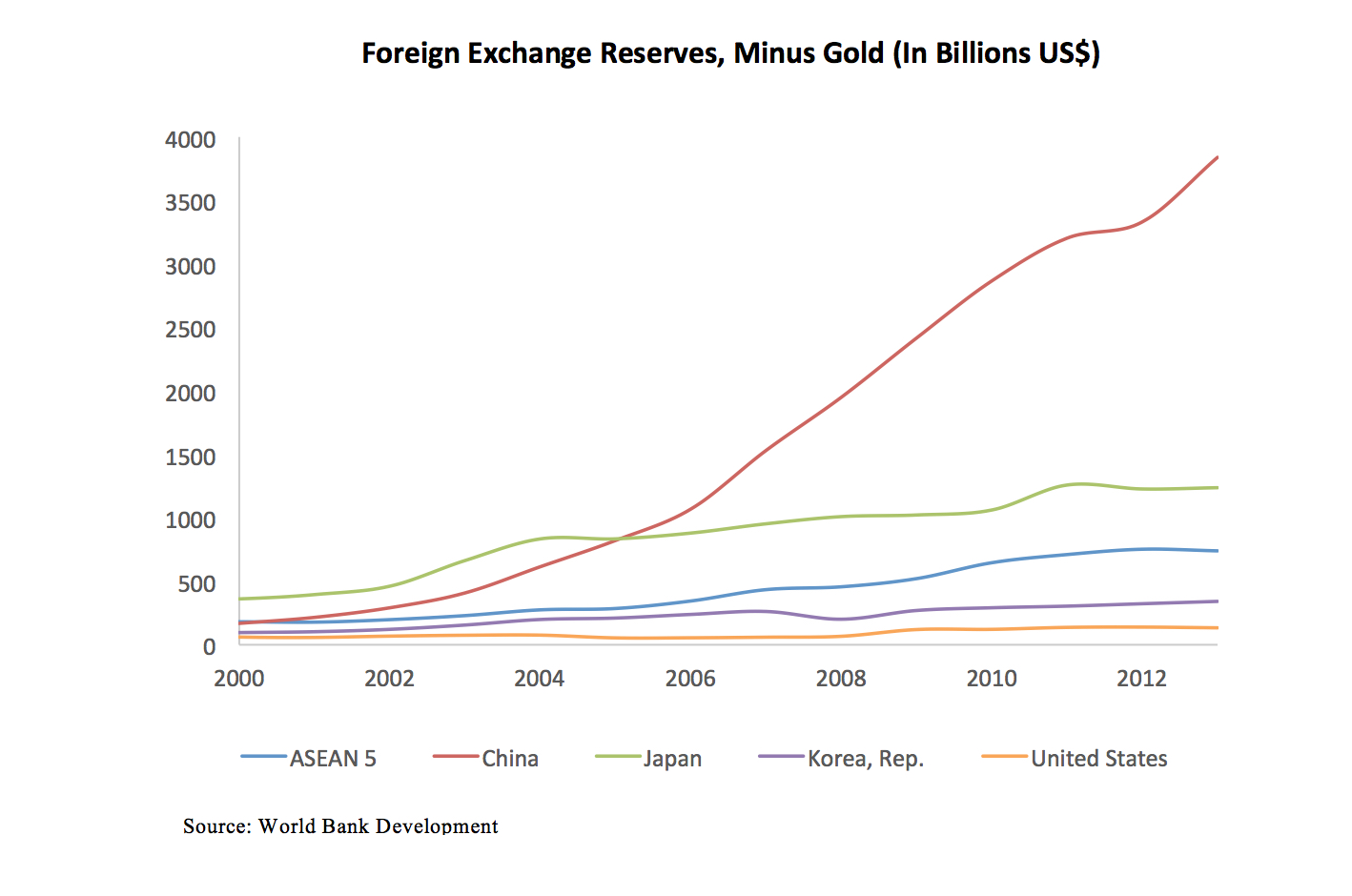 Even though the AIIB seems like an ideal match, with China utilizing stagnant reserves and idling construction firms to help neighbors meet their infrastructure needs, the Obama administration has been skeptical about China's intentions. This stance was articulated primarily through concerns that the AIIB would be a step backwards for multilateral lending, as funding will come without the governance and accountability standards that the World Bank and ADB have spent years refining. Funding for approved World Bank projects is conditional on a codified set of standards, including a minimization of negative and environmental impacts and an assurance against displacing populations. The administration believes that just as China deals unconditionally with questionable regimes when it comes to energy investment, it will apply those same standards to the AIIB and work against the efforts of the World Bank and ADB to fight climate change and reduce poverty.

A separate line of reasoning for US opposition is the belief that the AIIB will work against the United States' strategic goals in the Asia-Pacific. From a geopolitical perspective, the AIIB reduces Washington's ability to influence other nations, diminishing the ˜carrots' that come in the form of assistance from current multilateral institutions, which the United States and its close allies dominate. At the same time, the considerable amount of credit under control of the AIIB allow China provide an additional tool to influence its neighbors. In particular, it could bolster China's ability to stifle collective action in Southeast Asia, as it can potentially use AIIB funds to push ASEAN members to vote against regional agreements, such as the Code of Conduct in the South China Sea that China has been actively stalling for years through its influence on Cambodia.

Yet, if these geopolitical concerns were indeed legitimate, then the US government could have helped alleviate them by encouraging more inclusive multilateral institutions to account for China's increased global influence and economic prowess. Instead, the US congress has motivated the creation of the AIIB by failing to approve globally agreed upon IMF quota reforms that would incorporate China and other emerging economies as more senior members. Under current voting rules, the US has veto power over all IMF decisions, while China, the world's second largest economy, has the sixth highest amount of voting shares. Congress' decision to stall IMF reform has in effect boosted the legitimacy of the AIIB, since it can now present itself as an alternative to aging multilateral institutions that favor developed nations and stubbornly resist change.

In light of the fact that today's multilateral institutions are predominantly controlled by the United States, Europe, and Japan, Chinese policymakers can rightfully argue that they are justified in creating alternative multilateral institutions that more accurately reflect the economic realities of the 21st century. Additionally, it is clear that both the World Bank and ADB are not in a position to meet the funding needs of developing Asia. In that case, can the United States claim it is acting in the best interests of Asia-Pacific nations when it simultaneously seeks to obstruct opportunities for countries in the region to improve longstanding infrastructure problems?

The Europeans, among others, were able to see beyond a zero-sum geopolitical perspective, and decided instead to lend support to an institution that tackles problems that current multilateral institutions do not have the resources to solve. In contrast, the defensive stance of both Congress and the administration have reinforced a perception of a United States that aims to stifle the rise of China and other developing nations. Until US policymakers recognize that thinly veiled containment-like policies will actually spur the creation of alternative multilateral institutions that preclude US involvement, their missteps will not only continue to drive a wedge between the governments of the US and China, but may also accelerate the decline of institutions the US seeks to protect.

Photo of Baguio Street in the Philippines from Flickr.

is a second year MPIA student focused on financial and macroeconomic issues that confront China and the broader Asia-Pacific. Previously he interned at the Department of Treasury's Office of International Affairs, where he monitored and analyzed relevant economic issues in Southeast Asia. After graduation he will be working at the Korea Investment Corporation, South Korea's sovereign wealth fund, in Seoul.