China has embraced its annually convened “Two Sessions” in the still chilly early Spring of Beijing. With the opening of the Chinese People’s Political Consultative Conference on March 3rd and the third session of the 12th National People’s Congress on March 5th, about 3,000 national deputies and 2,153 policy advisors gathered in the capital to discuss the significant issues in the economy, politics, and society and set priorities for the national reform agenda.

This year’s Two Sessions will be particularly noteworthy for their timing and issue coverage. A People’s Daily editorial on March 5th called the year 2015 “the crucial year of comprehensive, deepening reforms approved by the Third Plenum of the 18th CPC Central Committee in 2013, the beginning year of fully advancing the rule of law as well as the concluding year of the 12th Five-Year Plan (2011-2015).” Given the three dominant themes, the sessions will address a switch from monotone emphasis on high-speed growth to a variety of social issues, ranging from social welfare, pollution control to innovation and gender equality.

Given the scope and variety of issues covered, an in-depth reading of the frequently-used words iterated during the sessions is an effective and concise way to help non-Chinese readers grab the main themes of the sessions. Here is our summary of the highlights.

The Four Comprehensives as the General Guideline

The “Four Comprehensives” is a new political theory initiated by Chinese President Xi Jinping when he came to power two years ago, which refers to “comprehensively build a moderately prosperous society, comprehensively deepen reform, comprehensively implement the rule of law, and comprehensively strengthen Party discipline.” This slogan was championed by Premier Li Keqiang and other NPC Standing Committee members as the top guideline during the opening of the NPC session. The top leaders promised that China would take great efforts to achieve balanced development by stabilizing and diversifying growth, cutting government red tape, encouraging innovation as well as technology upgrades, ensuring social harmony, combating corruption within the Party, and improving social security networks.

Rule of Law comes into prominence

It is not the first time the rule of law arose in the official rhetoric. Since the Fourth Plenum of the 18th CPC Central Committee last year, the Party leadership declared its determination to incorporate rule of law reform into the government system, fight corruption, and deliver social justice under the premise of adhering to the CPC’s leadership.

As one of the four pillars of the Four Comprehensives, rule of law continues to serve as one of the dominant themes on the NPC and CPPCC agenda. A pre-session People’s Daily commentary pointed out a few crucial factors for advancing the rule of law implementation: strengthen party supervision of officials, protect basic human rights, urge leaders to change their mindsets from personal rule to rule of law, rely on the Party’s leadership, and participation of the people. Concrete measures of reform discussed in the sessions include strengthening the advisory role of the CPPCC and supervising role of the NPC in legislative implementation, attaching legal evidence to reforms, approving the new Legislative Law, tightening regulation of local budgets, and introducing new legislative proposals against domestic violence and sexual abuses towards children.

The term “New Normal” first appeared in a Chinese context in Xi Jinping’s speech during his inspection of Henan Province in May 2014, and became popularized after the People’s Daily published a serial of three-day commentaries from August 6-8 on the subject. The New Normal signifies a shift from double-digit rapid growth to moderate but steady growth, with emphasis on restructuring the growth model for higher quality, efficient, and long-term sustainable development. Commentators view the New Normal as a necessary result of the three-decades of rapid growth and encourage strategic adaptation to it in a scientific and dialectic fashion.

The New Normal was readdressed by Premier Li Keqiang when he delivered the annual Government Work Report to the NPC. The report sets the 2015 economic growth target to 7%, the lowest since 1990 and 0.5% lower than that of 2014. According to Li, the New Normal will be characterized by slower but sustainable and quality growth that can last for several decades. The government’s reaction will be prudent monetary policy and pro-active fiscal policy, with an emphasis on flexibility.

Despite the slowdown, Premier Li expressed confidence for the growth potential and resilience of Chinese economy, which was seconded by economists and a few NPC deputies with business backgrounds. Wang Tao, Chief China economist with UBS, emphasized that the government’s responsibility to rejuvenate the engines of growth is to provide a conducive business environment with lower entry barriers, improve public goods and services, and invite corporate participation. Justin Yifu Lin, former chief economist of the World Bank, felt optimistic with China’s growth potential in the innovation sectors, especially e-commerce and clean energy.

Diplomacy: The Belt and Road Initiative

The “One Belt, One Road” foreign policy campaign combines the “Silk Road Economic Belt” with the “21st Century Maritime Silk Road.” The “Silk Road Economic Belt” follows the course of the traditional Silk Road from Xi’an and Urumqi to Central Asia, the Middle East, then through northwestern Europe and ending in Venice, Italy. The policy then combines this famous trading route with the “21st Century Maritime Silk Road” that runs from Fujian Province south to the Strait of Malacca, India, the Horn of Africa, the Red Sea, all the way to the Mediterranean. ”One Belt, One Road” is proposed as a new economic opening and new cooperation between China and countries along these ancient commercial routes. It’s formal start-up was marked by the foundation of the Silk Road Fund, which started operations on February 16, 2015.

Lyu Xinhua, a CPPCCC spokesman, explained the aims of the initiative as providing more trade opportunities by increasing connectivity with neighboring countries, strengthening regional cooperation, and South-South Cooperation in a broader sense.

Old and New Issues of Concern: Income Distribution and Environment

Both Xinhua.net and people.com.cn (run by the People’s Daily) conducted popular surveys on the public’s “most concerning issues in the Two Sessions and received 220,000 and 3.73 million responses respectively. Unsurprisingly, income distribution is identified as the most attention-driving issue for the year in both surveys, leaving “anti-corruption” and “economic New Normal” in second and third place. In the People’s Daily survey, over 70% of the respondents are unsatisfied with their personal income.

The result is understandable given China’s fast but unbalanced growth. According to the National Bureau of Statistics (NBS å›½å®¶ç»Ÿè®¡å± ), China’s Gini index is 0.469 in 2014, lower than 2013’s 0.473. However, it remains much higher than the international warning line of 0.4 and suggests a relatively severe income gap and social inequality. Shi Xuehua, a professor at Beijing Normal University, attributes the issue of inequality to various areas, including employment and the social security system, which could be an impediment to reform if not addressed. However, he expresses approval to the leadership’s effort to focus on the issues of economic restructuring and distribution.

The Xinhua poll also reflects the rise and fall of popularity of some buzz words. “Environmental protection” rose to the fifth prominent position, largely due to the severity of PM2.5 induced smog in major Chinese cities over the last year. Chen Jining, China’s new minister of Environmental Protection, declared the country’s determination to fight pollution via a series of efforts, including strengthening regulation of polluters and implementation of new environmental protection laws, increasing the capacity of pollution control, encouraging the mobilization of market mechanisms to finance environmental protection, increasing information transparency, and guaranteeing the public’s right to supervise the fight against pollution. 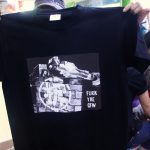 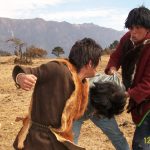