Heaven in the Heart: The Increasing Influence of Christianity among China’s Younger Generation

Different statistics have been reported by both state regulatory bodies and native NGOs regarding the population of Christians. The State Administration for Religious Affairs announced that the population of Protestant (Reformed) Christians is around 23.05 – 40 million, and Catholics around 6 million. That accounts for 1.7% to 2.9% of the total population of China.

Nevertheless, some scholars believe that these statistics are too conservative, as a relatively huge (and increasing) section of believers do not go to the Three-Self Patriot Churches (sanzi jiaohui¸三自教会), which are officially registered and financed by the state. Rather, in more populated and wealthier areas, more and more Christians begin to meet for fellowship in house churches, mostly hosted in one or two couples’ homes or a collectively financed apartment. These churches, mostly Evangelical Protestant or direct Roman Catholic, remain illegal in mainland China according to state religious policy, but the majority of members are aware of the importance in keeping a low-profile. Their numbers are hard to estimate for official statistics, but a general estimate is that with underground churches included, there are 50 to 100 million of Chinese Christians.

According to an optimistic expert, China is going to be the country with the largest Christian population (160 million) by 2025. More astonishingly, a large percentage of the increase comes from the younger generation, urban, college educated, middle-class professionals who were born after 1985. Their parents, however, are mostly conventional, infused followers of Communist ideology.

China is going to be the country with the largest Christian population (160 million) by 2025. A large percentage of the increase comes from the younger generation, urban, college educated, middle-class professionals who were born after 1985.

What factors prompted the dramatic change over the country’s religious landscape? What changed the minds of the young Chinese people who grew up in an officially approved atheist ideology to transform their world views and spiritual lives in such a sweeping manner?

The reasons are at least two-fold. First of all, no one can deny the effects of systemic changes that occurred in China’s post-reform society. Despite the relaxation of religious policies, the party-state has not given up control over the ideological arena. Compared to the more “native” East Asian religions, the government keeps a tighter watch on the spread of Christianity, mostly due to its “organizational structure” and relationship to “overseas political powers.”

The fading popularity of Marxist-Leninist ideology, combined with accumulated social injustices, the increasing income gap, corruption, and the breakneck growth of the economy, leaves a huge vacuum in the spiritual lives of the Chinese people.

Nevertheless, some argue that the tight supervision actually plays a positive role in the Chinese Great Awakening. On one hand, the serial demolition of the traditional Chinese worship rituals, climaxing during the Cultural Revolution, removed the greatest barriers against the spread and penetration of Christianity. On the other hand, the fading popularity of Marxist-Leninist ideology, combined with accumulated social injustices, the increasing income gap, corruption, and the breakneck growth of the economy, leaves a huge vacuum in the spiritual lives of the Chinese people, especially among the younger generation. Brought up in a society fraught with fads of utilitarianism, academic pressure, fierce job competition, and personal/political concerns, the younger generation lead very stressful lives – much more so than their parents covered by from-craddle-to-grave welfare – and are sensitive to psychological disorders. And with the channels of political freedom closed, they are compelled to find light inside their heart. The Christian doctrine of love, empathy, and justice becomes appealing for the desperate idealists who do not wish to “be as cynical as the system.”

I don’t think this reading of the religious situation is an exaggeration whether it comes on personal or political terms. In a survey titled “Why did you become a Christian?” on Zhihu.com, a Quora-like Q&A online forum, Minghua Chen, the author of the answer with the highest votes, shared her experience of being moved by “the power of love” when she listened to the children’s prayers and songs in a church-financed orphanage where she worked as a volunteer. Despite considering herself a scientific and “rational person”, and after many arguments within herself, she determined that she would become a follower of Christ. Another contributor, Xu Xiongrui, recalled his obsession with the meaning of life in as a freshman in college, and his friendship with a Christian physics professor. Today he still appreciates the professor’s sincerity and attributes a large part of his spiritual journey to his elder friend.

According to an officially-backed survey held by Renmin University with participation from students in 37 different Beijing universities, self-confirmed Christians totaled 437 among 12,404 questionnaires, which is 3.52%.

Different stories are told on multiple Chinese forums (mostly based on overseas servers), but according to official channels, there is a different scenario. According to an officially-backed survey held by Renmin University with participation from students in 37 different universities in Beijing, self-confirmed Christians totaled 437 among 12,404 questionnaires, which is 3.52%. However, the following report uses less neutral language. Ye Lin, the author of the report, emphasized that 9.7% of the students’ choices are based on the utilitarian motive of “wishing God could help me realize my dreams”, without mentioning the majority, and implicitly attributes some students’ involvement in church gatherings as “looking for sense of belonging/friendship/significant others.” He also cites the language of non-believing friends and roommates, who describe the young converts as “good guy but weird  becoming too talkative if you mention anything biblically relevant”. Another report from Global Perspectives attributes the prevalence of adolescent crises, lack of self-identity, and weak socialization as the main reasons for the rapid spread of Christian beliefs. In the absence of traditional campus-based (aka “party-branch organized”) networks, churches have an opportunity to proliferate.

While this second argument is more objective than the first, I don’t consider it as powerful enough to cover the whole picture. In reality, the Communist Party never loosens its defenses and is always wary of the expansion of religion in the public sphere. An article from Beijing Youth Daily (Beijing Qingnian Bao 北京青年报), mourns the loss of popularity of Marxism and Leninism among students, and expresses concerns over the “power of organization” of certain religions, especially underground Christian churches. The author condemns the “illegal” spread of religion on college campuses and warns the Party that the trend must be constrained; the government should exert more “proper guidance” of thought and enhance political and ideological education targeting college students, preventing them from going too far from the mainstream. Xi Wuyi, a scholar in comparative religious studies at the Chinese Social Sciences Academy (CSSA), insists that higher education system should be separated from religion, and that any infiltration of “organized religious power” constitutes an infringement of individual liberties, especially on the liberties of atheists.

The author condemns the “illegal” spread of religion on college campuses and warns the Party that the trend must be constrained; the government should exert more “proper guidance” of thought and enhance political and ideological education targeting college students, preventing them from going too far from the mainstream.

These articles only provide us with a glimpse of the social, political, and organizational situation of young Chinese Christians, and from an external angle. They cannot be comprehensive. Official policies fluctuate from time to time and differ in localities; and from what I’ve observed, cases that family churches in Beijing are interrupted or banned in gatherings are rare (unless they gather publicly, like the Beijing Showwang Church did). People in the family church I attended weekly in Haidian, Beijing, said it has existed least eight years. They currently have a group of over 80 people in total, not including small children. Young parents often bring their infants with them to church. “Hopefully they will grow up happier than me,” I murmur to myself every time I see the parents walk out of the door, their baby in the stroller.

Christianity Religion
Heaven in the Heart: The Increasing Influence of Christianity among China’s Younger Generation2014-12-032018-09-24https://chinafocus.ucsd.edu/wp-content/uploads/2018/07/cfc.001-1.pngChina Focushttps://chinafocus.ucsd.edu/wp-content/uploads/2014/11/Acacia-Worship_A-Beijing-Home-Church-Underground.jpg200px200px 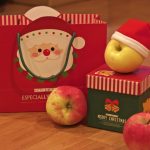