It has been three weeks, but already I’m growing re-accustomed to the old pains and pleasures of living in China as a foreigner: my lanky 191cm (6’3”) frame sticking out everywhere I go, painfully slow (firewalled) internet, the comfort of food that is cheaper to buy at a restaurant than to make, or the relative ease of commuting by bicycle. And perhaps most pervasively on bad days, the air pollution.

By way of introduction, I’m a graduate student at UCSD taking a year off of my (classroom) studies of international politics and economics to improve my Chinese language and cultural skills. I’ve lived in China before, hence “re-accustomed” for two years when I worked as an English teacher at a university. I’ll be writing an approximately weekly column here at China Focus that aims to compare my academic, American, IR-centered, and otherwise biased views of things with the views of Chinese people who I am striving to meet and understand better. When other authors publish articles on important issues, I hope to contrast those opinions with what taxi drivers, or the grandfathers in People’s Park, or university students are saying.

I will also highlight some of the aspects of Chinese life or culture that are different, unexpected, funny, or otherwise interesting. If you have lived in China or read books or articles by people who have, some of these things may be familiar to you. I aim to strike a balance between being too repetitive and being too niche.

A few observations for now:

1)  Sinophiles are probably familiar with Chinese government reports that the protestors in HK are backed by “foreign governments”. In my experience, this is universally assumed to be true, even by people who are supportive of the protesters’ cause. I heard someone speak a sentence to the effect of “do you know how important those protests are? So important that even the US government supports the protesters.” When I mentioned that I wasn’t sure that the US was actually involved, my friend replied, “why wouldn’t the US support those fighting for democracy?”

2)  I spent one year away from Chengdu, and in that time there have been some big skyline changes. Perhaps most notably, the Chengdu Global Century Center, the world’s largest freestanding building, has opened its doors. Certainly planning a trip there in the near future.

3) Staggered release dates for the iPhone 6 in the US/Hong Kong (September 19th) and in Mainland China (October 18th) have produced an interesting phenomenon – if someone was carrying a new iPhone before the 18th of this month, you could bet on them being a person of exceptional means. If anything, this has increased the hype for the new iPhone. The phone also sells for about 50% more here for the unlocked model, cementing the iPhone’s status as a premium luxury item. 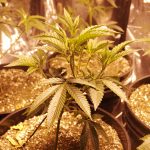 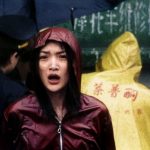 So You Think You Know Chinese Film? A HIPPO Reads articleSociety & Culture