India and China are said to anchor the power politics of the 21st century. Their interactions are not only vital for Asia but also the world at large. Thus, the way they maneuver themselves is watched by politicos around the world.

In this context, India and China‘s current dynamics are the best their relations have ever been. The bulwark of their current status was set by the initial visit of Chinese President Xi Jinping to India, which took place from the 17th to the 19th of September 2014. Xi’s visit opened a new chapter in modern India-China relations as Indian Prime Minister Rajiv Gandhi’s iconic visit to China had in 1988. Hence, at this juncture when the world is envisioning a dawn of the “Asian Century”, India and China’s entente cordiale forms the twin-pillars that hold the sky above the earth.

The leaders on both sides have always glorified the connection between these two ancient cultural empires- knitted together through trade on the Silk Road and through the spiritual essence of Buddhism. Sino-Indian relations have also grown stronger over the years through greater cultural exchanges and broadening of diplomatic activity.

The welcoming of President Xi by Prime Minister Modi on a personal scale was symbolic of the growing ties between the countries-Â  protocols were dismissed in favor of a greater sense of bonhomie. To assess the success of Modi-Xi cordiale, it is imperative to see relations through the variable of time.Â  Xi’s visit to India is sandwiched between two events- strengthening of Indo-Japanese ties with PM Modi’s visit to Japan in August and his forthcoming visit to United States in late September. It was further bolstered by Xi’s South Asian trip to Maldives and Sri Lanka prior to the India visit. In this matrix of high politics, China becomes the pivot of balance for India, with Japan and US on either side of the scales. Apart from these external influences, the high-level interactions also faced the broader tensions that became a military stand-off at the Chumar and Demchok sectors of Ladakh (the northeastern mountainous regions in the states of Jammu and Kashmir) and along the Line of Actual Control (LAC), augmented with a Tibetan protest -tensions which could have brought the talks to a deadlock. China and India managed to reach an agreement on the stand-off and will be withdrawing their troops by today September 30th.

However, it is surprising that these situational catalysts failed to stall the burgeoning camaraderie between Modi and Xi. It rather acted as a boon in disguise, where politics and economics were met with pragmatism. In actuality, the border stand-off opened a new chapter in relations where muscle power was neutralized by a bond of mutual trust. With such behavior, the leadership on either side departed from the traditional rhetoric of a zero-sum game to that of a win-win nexus. This shared spirit of prioritizing cooperation over tension is reflected in their Joint Statement: “The leaders agreed to make this developmental partnership a core component of the Strategic and Cooperative Partnership for Peace and Prosperity. This developmental partnership is conducive not only to the common interests of both sides, but also to stability and prosperity of the region and the world.” Hence, this proclamation sets the tone of the unfolding relationship in the future, where proactive engagement will be the new status quo.

Though border resolutions appeared to take a hiatus with the 17th Rounds of Talks, one needs to assess the growth of the relationship beyond this one point of stagnancy to look at the larger scale. India and China have successfully walked the brinkmanship odds by avoiding war over their recent history. However, Modi-Xi leadership have improved over their predecessors by giving the relationship a new “honeymoon” phase. The significance of this high-level interaction can be understood in terms of the greater opening up between India and China with trade and investments.

It is exemplary that these achievements were gained despite the continuing border tensions. The successes are reflected in the signing of 16 significant agreements. The most important of these agreements is China’s promise to increase its investments in India from the current $20 billion to $100 billion over the next five years. The investments will go towards infrastructure and manufacturing sectors, as well as the setting up of two industrial parks, the upgrading of India’s railway system with high-speed links, and creating a “strategic economic dialogue” to further economic cooperation in areas of energy, environment, urbanization and more. There is also a regional dynamic, where both countries seek to stabilize the provincial partnership between the state of Gujarat and Guangdong province, while also establishing sister-city relations between Mumbai-Shanghai and Ahmedabad-Guangzhou.

On the border issue, both sides are in consensus to uphold the sanctity of the 2005 Agreement on the Political Parameters and Guiding Principles for the Settlement of the Boundary Question. As the Joint Statement posited: “Peace and tranquility on the India-China border areas [is] as an important guarantor for the development and continued growth of bilateral relations. Pending a final resolution of the boundary question, the two sides would continue to make joint efforts to maintain peace and tranquility in the border areas.”

In the social sphere, both parties have proposed widening the engagement of people-to-people contact with art and cultural exchanges (Buddhist art, language, social media, movies, television, etc). Most importantly, they hope to open up a new route to Kailash Manasarovar Yatra for pilgrimage from both sides through the Nathula Pass in the Indian state of Sikkim. At the global level, the leaders affirmed their cooperation on zero tolerance to terrorism, as well as cooperation in integrating space technology and civil nuclear energy. Above all, they affirmed their shared interest to play vital roles in SCO (Shanghai Cooperation Organization) for India and SAARC (South Asian Association for Regional Cooperation) for China.

Apart from the realpolitik dynamics, these high-level interactions between Xi and Modi also have significant cultural undertones; for example, Modi‘s welcome toast to Xi with Mahatma Gandhi’s “Peace mantra” along the banks of the Sabarmati River in Gujarat. Moreover, Xi‘s felicitating of Dr.Dwarkanath Shantaram Kotnis’ priceless contributions to China as well as his recitation of the unfettered writings of Rabindranath Tagore both had great cultural import. These acts were all noteworthy symbolic gestures that revived the cultural India-China connection, thus promising a new faith in the relationship.

In an overall assessment, President Xi Jinping‘s visit to India opened the gates to a new era in India-China relations with greater expectations, where the bygones of a glorious past revive the sentiments of the present. There is a leap of faith from a leap in the dark, which has provided new momentum. With these efforts laid, there is a conscious decision on both sides to resurrect the ruptured erstwhile “Hindi-Chini Bhai Bhai”  image. Thus, what this vital relationship most needs is time to develop the relationship into a bed of roses from the thorns of distrust. Beginning with Xi‘s visit, India and China have together taken a major stride towards the dawn of the ”Asian Century“ 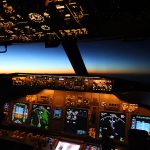 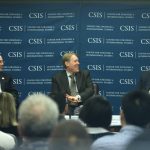 From Sunnylands to APEC: An Interview with Chris Johnson, CSISInterview, Politics