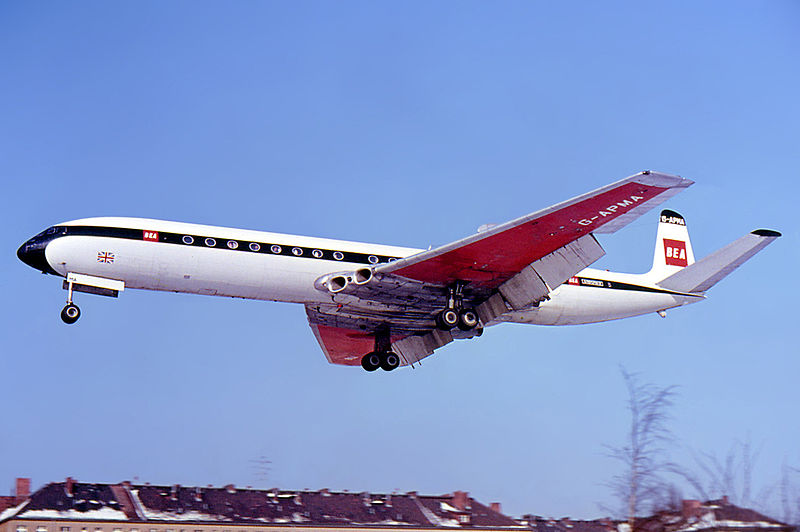 After the founding of the People's Republic, catching up with the western world has always been on their agenda. That includes the dream to have its very own domestic commercial jet just like every western nation. Back in its heyday, the market was diverse with many aerospace firms producing commercial jets. Russia had Tupolev and Ilyushin, both known for their jets' ability to operate in the rugged Russian Siberia. The United States had Boeing, McDonnell Douglas, Convair and Lockheed. The UK had De Havilland which made De Havilland Comet, famous for being the first production commercial jet. Lastly but not least, France had the Sud Aviation which made the Sud Aviation Caravelle. China logically, wanted a jet of its own. 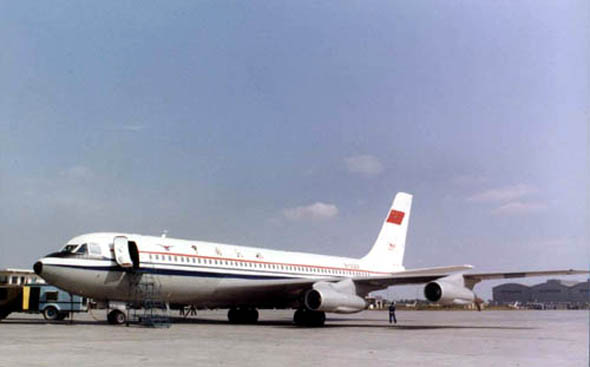 The Y-10 resembles a Boeing 707 in appearance, which it was reversed engineered from.

The first attempt named Y-10 started back in 1970 by the Civil Aviation Administration of China (CAAC) during the Cultural Revolution. During the era, it had worsening relations with The Soviet Union, and normalization in relations with the US had still yet to occur. The inability to acquire newer jets from other countries forced the CAAC to look inwards. The Y-10 resembled the 707 inÂ  appearance and was essentially a reverse engineered Boeing 707. Two prototypes were built during the project before its eventual termination in 1986. Â Today, one of them is housed in the aviation museum at Northwestern Polytechnical University in Xi'an, serving as a reminder to China's first attempt to reach the sky. The failure of the project was due to several reasons. First, the project was highly politicized from the very beginning. The jet aviation program was strongly advocated by Zhang Chunqiao and Wang Hongwen, both members of the Gang of Four who were ousted in 1976. Second, by 1986 the jet was already outdated before it could be mass produced. The Y-10's progenitor, the Boing 707, had first flown in the late 50’s and had ceased production in 1978. Thus, the technology inÂ  the Y-10 was already over 30 years old by the time China reverse engineered it. Third, China's airlines gained direct access to western jets after the normalization of relations between the United States and China. The Civil Aviation Administration of China's fleet in the 1980s consists of contemporary American jets and the need for a domestic jet diminished.

The Comac ARJ-21 reused many components from the failed McDonnell Douglas investment in China.

The second attempt to produce a domestic line of jets came many years later in 2002 as part of China's 10th Five Year Plan. The result was the ARJ-21 project led by the AVIC Commercial Aircraft Company, a state owned consortium. The jet resembles the McDonnell Douglas MD-80 because it reused a lot of machinery and parts from the failed joint investment between McDonnell Douglas and Shanghai Aircraft Manufacturing Factory back in the mid-80s. However, the jet is not a complete copy of the MD-80 as the Ukrainian Antonov helped designed the highly critical wing and assisted on the project in many other ways. The ARJ-21 was first projected to be delivered to its first customer in 2007. However due to numerous delays and difficulties along the way, not a single jet was ever delivered to its 309 firm orders. The jet is now set to be delivered to its first customer in 2015 as it finishes up certifications. While the avionics are up-to-date and are mostly supplied by western firms to today's standards, the ARJ-21 has been based on old technologies and ironically, late by about 30-years again just like its predecessor the Y-10. However, the ARJ-21 has been seen as a practice run” for its upcoming C919, which was domestically designed from the ground up.

Today, the commercial aircraft market is very different from when China first set its eyes and rolled out the Y-10. The market is now dominated by Boeing and Airbus. Boeing absorbed McDonnell Douglas and Convair while Lockheed left the commercial jet market altogether. Airbus is a consortium resulting from the consolidation of several European aerospace manufacturers, namely Hawker Siddeley (De Havilland became part of it in 1963) from the UK and Sud Aviation from France. Following the end of Cold War, Russia's Tupolev and Ilyushin both suffered huge losses in market share.Â  Even Aeroflot, Russia's flagship carrier, opted to buy from Boeing and Airbus. In order to cope with the changing landscape, China’s AVIC I Commercial Aircraft Company reorganized into the Commercial Aircraft Corporation of China (COMAC), and set its goal to break the duopoly between Airbus and Boeing. Their first product intended to break into the market is the C919. 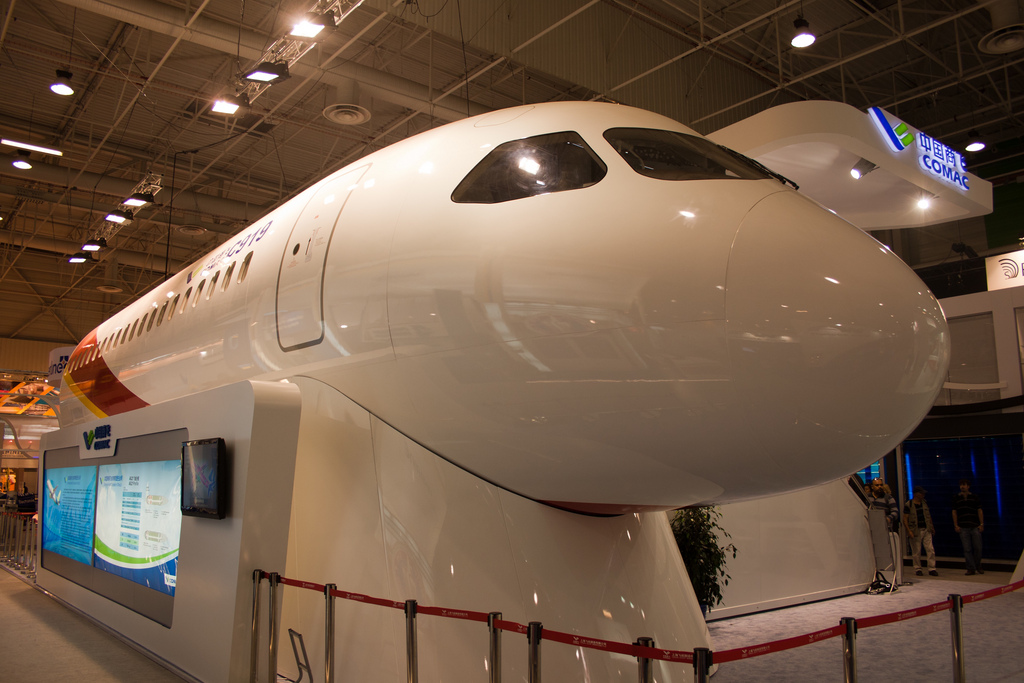 The Comac C919 is designed to compete with Boeing 737 and Airbus A320 families. (Photo Credit: Bertrand Duperrin)

The C919 is a narrow body jet with about 160 seats designed to compete with the Boeing 737 and Airbus A320 families. According to Boeing's report, the single aisle narrow body jet is by far the largest aircraft market segment by demand. Â The C919 aircraft is designed to incorporate many foreign suppliers such as Honeywell for avionics and CFM International for its engines. Compares to its first Y-10 project, the C919 has less domestic components. However, as the first entrant to break into the market, a less ambitious approach is not necessarily a bad thing. The C919 project was launched in 2008 and initially was expected to make its first delivery in 2016. However, again due to several delays, it is now expected to make first delivery in 2018. While the delays are indeed a sign of trouble, delays in clean sheet design is fairly normal in the industry today. Clean sheet designs like Boeing's 787 and Airbus's A350 were both heavily behind schedule. China is in a much more favorable position today than it was in the 1970’s. The C919 project was not heavily politicized like the Y-10.Â  It also has direct access to a lot of advanced foreign technology unlike the Y-10, which was built under isolation during the Cultural Revolution. Many opponents of the project criticize the project to be too reliant on foreign technology. The C919 may be an ensemble of domestic designs with many foreign components, but it also makes the product more competitive and significantly reduces the risk in development. As the first major product of COMAC to reach the international stage, it doesn't necessarily need to produce every part domestically. COMAC can look to Embraer from Brazil and Bombardier from Canada. Both Embraer and Bombardier are highly commercially successful and still incorporate many foreign partners from engines to avionics.

The COMAC is not set to stop after C919 either. It had already set its eyes on bigger wide-body jets to truly compete with Boeing and Airbus on their turf. Subsequent plans of course depend on the outcome of the C919. While many are pessimistic, I have great hopes for China's C919. China's dream may one day be flying you around the world soon enough. 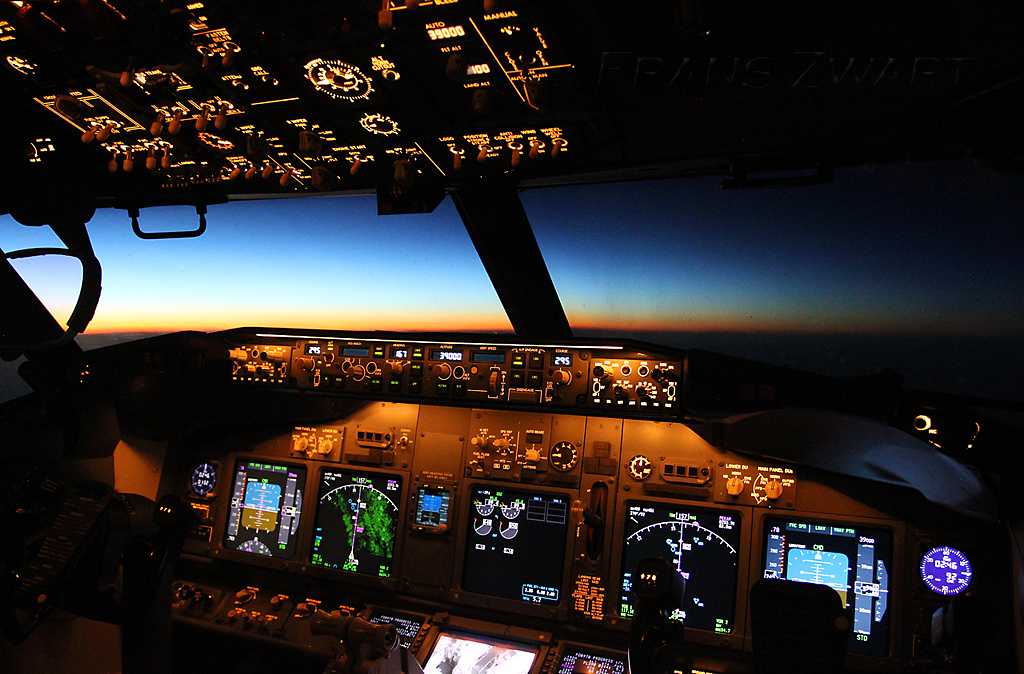 There is still a long way to go for China to realize its dream. (Photo credit: Frans Zwart)

Is BRICS the New “Game of Thrones” for India and China?Economics, Politics 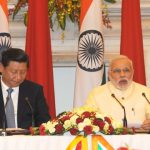