China-Russia Gas Trade: How Big a Deal Is It?

Energy security is a hot topic these days. The recent conflict in Ukraine has spotlighted the key role that Russian oil and gas exports play in European politics. For many years, Russia's energy companies have set their sights on Europe. The EU, in turn, has supplied a ready market for Russia's oil and gas. Clearly, the EU's dependence on Russian energy has undesirable political consequences. For example, Germany's unwillingness to take a strong stand against Russian aggression in Ukraine is almost certainly related to its dependence on Russia for a third of its oil and gas. These political dynamics may make life harder for policymakers in Moscow, Berlin and other European capitals, but they're great news for Beijing.

The crisis has spotlighted the tough choices that both Russia and Europe face regarding their energy and financial security. But China's energy security is poised to benefit significantly from the Ukraine conflict. Â For China, which has long been eager to grab a share of Russia's mammoth reserves of natural gas, the conflict in Ukraine has been a godsend. Â If that seems like hyperbole, consider this: China plans to quadruple its gas demand by 2030. Current Chinese plans to acquire this gas involve shipments from countries as far away as Australia. Gas gets more expensive the farther it has to travel, so the further away the source is, the pricier gas imports become. As such, the chance to acquire huge quantities of gas from a next-door neighbor -up to 38 billion cubic meters per year by 2018 -Â is a welcome boon Chinese policymakers who are desperately seeking alternatives to coal. Thanks to the deal signed in Beijing this week, large quantities of gas from Russia will be flowing China's way in a few short years.

In some ways, a Russia-China gas deal is long overdue. The geopolitics of the deal makes perfect sense. China's huge and growing energy needs are a natural destination for Russia's energy supplies. The two countries have been trying to strike a deal for decades. However, disagreements over the price of gas have prevented Russia and China from reaching an agreement. The situation in Ukraine has clearly changed Russia's political calculus. I say political  rather than economic  because Russia is likely to lose money on this gas deal. It will cost Gazprom about $12 per million BTUs to produce the gas; the price it receives is likely to be closer to $11 per million. However, European sanctions are powerful motivations for Russia to find new customers. The gas deal also enables Vladimir Putin to engage in some good old-fashioned chest thumping. By showing Europe that Russia will not cave to sanctions, Putin signals the strength of his own position “ and his willingness to incur economic losses rather than face pressure from Western suppliers. Whether Gazprom can manage to lower costs enough to turn a profit remains to be seen.

The gas deal is undeniably a welcome opportunity for China. But is it a game changer? Probably not. 38 bcm of gas a year, while considerable, is a drop in the bucket compared to China's overall energy needs. A single gas deal is unlikely to change that, even if it paves the way for closer cooperation in the future. China's push toward natural gas will help mitigate its heavy reliance on coal. Still, dramatically reducing this reliance and the accompanying environmental consequences will take a massive effort. Of course, if one gas deal can be signed, others may follow. Yet the Sino-Russian relationship has historically been fraught with tension and mutual distrust. Closer economic cooperation may lead to closer political ties between the two giant countries. However, as the China-Japan relationship proves, economic ties do not always make two countries friendlier.

Is Putin simply using China to prove that Russia doesn't need Europe as much as Europe needs it? Or is this gas deal the harbinger of deeper cooperation to come? Only time will tell.

is the co-founder and former Editor-in-Chief of China Focus. GJ graduated from GPS in 2014 with an MPIA International Management and regional focus on China. He graduated undergrad from Boston College's Honors Program with degrees in international studies and theology. At GPS, GJ served as the director of finance for Export Access Global Consulting and the co-director of the Environmental Policy and Business Forum. His research interests include the geopolitics of energy in the Asia-Pacific and China's economic and environmental opportunities and challenges. GJ's work experience includes the Asia-Pacific Center for Security Studies in Honolulu, the New South Wales Conservation Council in Sydney, and adaptiveARC, a San Diego startup focusing on waste-to-energy technology. 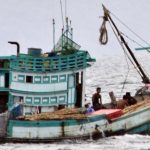 Tensions between Vietnam and China carry risk of bloodshedMilitary, Politics 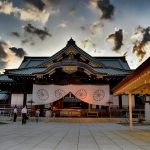