Is a South China Sea ADIZ next?

After China's relatively smooth rollout of the East China Sea Air Defense Identification Zone (ADIZ) in November 2013, China learned an important lesson: it could declare, with little backlash, an ADIZ in an area claimed by major regional powers (Japan + South Korea) with major U.S. defense treaties. Of particular interest in understanding China's newfound boldness is the role of the People's Liberation Army (PLA), which serves directly under the authority of the Chinese Communist Party (CCP) and has grown in influence in the past several years to become a leading participant in PRC foreign policy making.

In the last several years, the relative power of the CPP and PLA in foreign policy making has increased, while that of the Chinese Ministry of Foreign Affairs (MFA) has decreased. President Xi appears to enjoy strong support from the PLA and has signaled this support by announcing the East China Sea ADIZ in November 2013, significantly increasing the PLA's budget, and increasing the amount of presidential visits to military sites. Since the early 2000s, the PLA has demonstrated its influence within PRC policy-making structures by conducting military tests that were poorly communicated to the civilian leadership on purpose or were carried out specifically to counter diplomatic engagement. The most well-known example is the PLA's J-20 stealth fighter test during former U.S. Secretary of Defense Robert Gates' visit to China in 2011. Many reports suggest that former President Hu Jintao had no idea that the PLA test was happening. The PLA has also recently become a more professional organization that is much better connected with the outside world compared to the past.

Further, the PLA has few constraints within the Chinese foreign policy apparatus. China's foreign policy is formulated through a consensus-driven decision making process with weak central decision-making power, which leads to coordination problems amongst the various vested interests within the Chinese bureaucracy. China maintains a National Security Leading Small Group (NSLSG), an institution similar in certain respects to the U.S. National Security Council. However, the PLA is not constrained by NSLSG oversight, reports directly to the CCP, and controls significant operational and procedural autonomy. The PLA has the ability and incentive to take advantage of the lack of inter-agency controls by inflating perceptions of security threats that infringe on China's core interests, creating a self-fulfilling prophecy whereby the PLA becomes more and more important as other countries fear China's rise. After the East China Sea ADIZ announcement, Sino-U.S. or Sino-Japan tensions did not greatly increase. Despite offering formal protestations, Vice President Biden still agreed to meet with President Xi in Beijing shortly after the ADIZ announcement. Thus, the PLA has incentive to increase its influence as long as its actions do not lead to conflict, and the recent East China Sea ADIZ episode suggests this would be quite possible with a South China Sea ADIZ as well.

Because of these factors, it is likely that the PLA will push hard for a new South China Sea ADIZ. Doing so would facilitate the PLA's rise to greater prominence within China's foreign policy making circles by entrenching China on a polarizing security issue that has no foreseeable diplomatic solution. Doing so would highlight the need for military force even stronger at the expense of more moderate voices. A new South China Sea ADIZ plays well to the Chinese public too. Although the exact links between public opinion and foreign policy are difficult to ascertain, the PLA and CCP are increasingly being forced to play into nationalist sentiment of the Chinese public. This can sometimes be useful for the CPP but can also serve as a constraint. With the increasing influence of public opinion and netizens in public discourse, the CCP must more than ever be concerned with the desires of the Chinese populace, one of which is to protect China's perceived territorial sovereignty. A South China Sea ADIZ caters to broad public opinion that the PRC should be more assertive in protecting its core interests without upsetting China's economy.

By announcing a new South China Sea ADIZ, the CCP and PLA will placate popular sentiment concerned with territorial issues and avoid popular discontent. This will also keep the PLA at the forefront of national security policymaking within the PRC. Keep in mind that an ADIZ accomplishes an important part of its purpose simply by being declared, and the longer it has been declared (and administered), the greater the claim's legitimacy holds. If China is angling for long-term legitimacy over its territorial claims, we should expect a new South China Sea ADIZ declaration sooner rather than later.

is a master's student at the School of International Relations and Pacific Studies (IR/PS) at UC San Diego class of 2014. His research focuses on Northeast Asian security and economic cooperation. Having lived and worked in both South and North Korea, he has a particular interest in the Korean Peninsula and is the outgoing President of Mannam, the Korea-focus student group at IR/PS. As a Robertson Foundation for Government Fellow, he is pursuing a career in international affairs with the U.S. government. 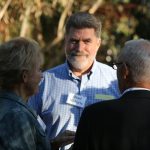 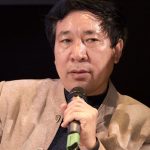