The Monk and the Dragon: Why China wonâ€™t accept the Dalai Lamaâ€™s â€œMiddle Way”

There is no other public figure that polarizes China more than the Dalai Lama.Â  While he won the Nobel Peace Prize in Oslo in 1989 and has met with leaders from almost every Western country, he is sometimes called a terrorist  in China.Â  His position as the target of both admiration and loathing is due to his role as the political and spiritual leader-in-exile of Tibet.Â  On February 22th,Â 2014, China's government-owned news outlet, Xinhua News, published an article explaining why China's leadership has refused to accept the Dalai Lama's territorial compromise known as the Middle Way. Â  In this article, I assess the controversy around the Dalai Lama's Middle Way and the reasons why any negotiated settlement is unlikely.

The Dalai Lama's proposed solution, the Middle Way,  is at the heart of the controversy.Â  It calls for Tibet to be given national regional autonomy. Â  This autonomy would have five components. Â First, Tibet would be administered by a democratically elected legislature and executive.Â  Second, the Chinese government would keep armed forces in Tibet until it is transformed into a zone of peace and non-violence. Â  Third, the Tibetan administration would manage Tibet's religion, culture, education, economy, health, and environment.Â  Â Fourth, there would be a restriction of migration of the Chinese population into Tibetan areas.Â  Finally, the Tibetan province would include the territory of three now-extinct provinces that were associated with historical Tibet.Â  This would presumably include the present-day province of Tibet, much of Qinghai, and western Sichuan. Â In exchange for autonomy, the Dalai Lama would foreswear seeking separation from the People's Republic of China.

The February 22nd article from Xinhua News directly attacked each of these proposals to justify the government's opposition to the Middle Way and the Dalai Lama.Â  First, it challenged the Dalai Lama's proposed democratic provincial government as a rejection of socialism and of the Communist Party.Â  The author is correct to say that the Dalai Lama's proposal would require substantial political reforms that would make Tibet unlike any other Chinese province.Â  It would also place the Chinese Communist Party (CCP) in the awkward position of running for public office in one province while forswearing electoral competition in others.

Second, the author suggests that the Middle Way would create a state within a state that composed over one quarter of Chinese territory.Â  Their estimate depends on an assumption that Tibet's traditional territory includes portions of Yunnan and Gansu province. Â Since the territory of Tibet has varied greatly over time, it is difficult to know whether Xinhua's claim is accurate without further clarification from the Dalai Lama.

Third, the article claims that following the Middle Way would place all of the responsibilities of the state “ particularly foreign policy and military affairs — in the hand’s Tibet's leaders. Ironically, those are the only two powers the Middle Way leaves to China.

Finally, the article accuses the Dalai Lama of threatening to remove all Han Chinese from the region. This appears to be a distortion of the Middle Way, as the Dalai Lama's proposal only calls for the ending of any additional immigration to Tibet.

So, why did the government address the Middle Way if it has little incentive to negotiate?Â  Beyond criticizing Obama's decision to meet with the Dalai Lama, this article is likely designed to signal the government's opposition to compromise with pro-autonomy Tibetans.Â  Since 2011, over 100 Tibetans have resorted to self-immolation to bring attention to the Tibetan autonomy/independence movement. Â By criticizing the Middle Way, it appears that the government is trying to remove any hope pro-autonomy Tibetans hold for a future compromise. 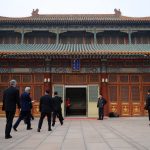 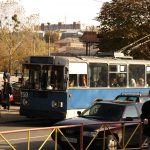 What are China’s Interests in Ukraine?Politics